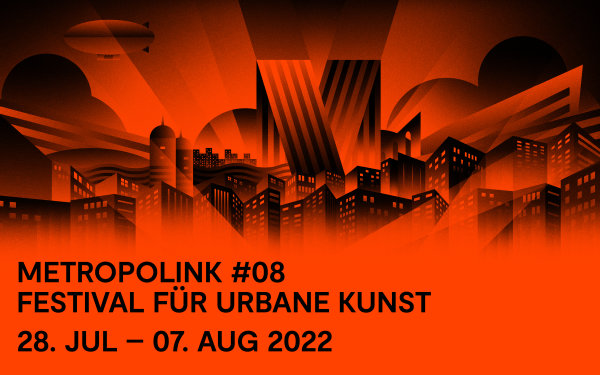 Graffiti and street art have been creative nuclei of major metropolises for decades. They bring our cities to life. The Metropolink Festival in Heidelberg offers one of Germany's largest venues for street art on 4000 square metres of indoor and outdoor space. With numerous murals by internationally and nationally renowned artists, the festival is a melting pot of urban art and a place for creative experiments, workshops, and light shows.

The arts are a central part of our research interest. Art has double importance since it both expresses and shapes a particular cultural imaginary about the ends of worlds. This can mean transmitting and strengthening, but also questioning, contesting, and reimagining what (post-)apocalypse means. So, we were delighted when CAPAS-fellow Adolfo Mantilla approached us with the idea of cooperating with Mexican artist SANER. Implementing this idea at Metropolink seemed natural, since they greatly impact the urban landscape of Heidelberg – we value their work! Collaborating with Metropolink also connects with our goal of making research accessible to a broader public and engaging in an open discussion on what can be seen as an apocalypse and how different people may be affected depending on their situation. Potentially apocalyptic threats like climate change, pandemics, and war do affect us globally but also have specific local consequences. Listening to and engaging with our local context while pursuing research on a global scale is part of our understanding of the role of science in society.

Metropolink is the perfect place to do that, especially since the festival has made Transformation, Metamorphosis, and Utopia central topics for this year. During the festival, Mexican artist SANER will create a mural at Julius-Springer-Schule in Heidelberg, which will remain part of the city for the upcoming years. At the festival, we’ll engage the public through various formats. For example, we invite the public to participate in our creative information point and write down their perception of apocalypse and utopia. There will also be several possibilities to discuss CAPAS research topics with us and our fellows. On Sunday, the author of the children’s book ‘Die besten Weltuntergänge’ reads and gives a workshop for children above the age of four. During our “Apocalyptic Cinema” event, we will show Mel Gibson’s Apocalypto (2006) and discuss controversies.

We are excited and thankful to be part of Metropolink 2022 and look forward to seeing you there!

OPENING OF THE EXHIBITION BY SANER & ARTIST TALK

INAUGURATION OF THE MURAL BY SANER & ARTIST TALK

CREATION OF THE MURAL BY SANER

Continuous work on the mural by the artist SANER. No specific agenda or public programme, but if you drive by on the bike, you can get a glimpse of the work in progress.

Exhibition with sketches and documentation of the work by artist SANER and scientific background information curated by CAPAS Fellow Adolfo Mantilla.

At the CAPAS Creative Infopoint, you can get brief insights into scientific perspectives on the apocalypse. You are invited to share your visions for the future at the wall with the other guests: What is the apocalypse for you? What is your utopia?

For the full programme and how to reach the festival ground visit: