New Project at CAPAS together with Newcastle University

Together with Prof. Sam Turner and Dr. Graham Fairclough from the McCord Centre for Landscape at Newcastle University (UK) Thomas Meier has received funding for a new research project on "Devastation, Dislocation and (Re)Settlement. Breaking/Replacing the People-Place-Connection in Landscape".

The project will explore the social and cultural impact of the rapid and fundamental devastation of a landscape. Using a broad understanding of ‘landscape’ as a societal seat of people’s identity and connection with their environment (which foregrounds the role of perception in the construction of landscape), it will research the landscape impact of deliberate human actions, exemplified by war and social domination, rather than destruction caused by ‘natural’ events, nor on the transformations of landscape caused by very long-term processes. The project will focus on two types of destruction: the devastation of a landscape in both material and mental dimensions, and the dislocation of a community or society from their landscape by forced migration or diaspora. It will use historical examples to explore the mechanisms of destruction and the aftermath and adaptation that arises from it. Broadly, it aims to understand how deliberate devastation of landscapes impacts on communities beyond the economic and functional level, and more specifically whether sudden devastation or dislocation leads to disempowerment, creates options for empowerment or acts as a catalyst for social change. The members of the project will also study the factors that affected recovery and response, including societal resilience, and explore the societies that emerged as a consequence of the disruption of the people-place relationship that is landscape. 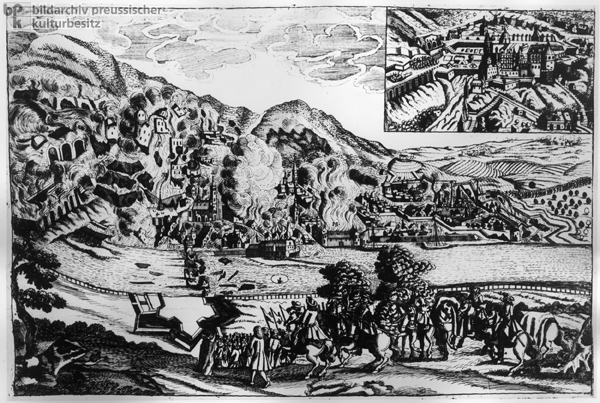 The primary case study will be the devastation of The Palatinate by French armies in 1689-1693, with its consequences for both the destruction of landscape, and the relocation of its peoples to ‘new’ landscapes in England (and thence, often, to English plantations in Ireland and North America). Research will be further illuminated by assembling an ‘anthology’ of less detailed case studies drawn from existing research. They will help to contextualise the primary Palatinate case study in a broader historical and geographical frame. The anthology will include topics such as major enforced land reorganisations in contexts from colonial Ireland to Soviet-era Ukraine, the re-shaping of twentieth-century cities after war and during modernist replanning, and the impact of forced migration. All these case studies, although historically situated, will all have topical relevance to present day and future challenges; equally the results will have resonance for future policy concerned with landscape planning and design.

The project will be hosted at CAPAS and the McCord Centre Newcastle University and is funded for three years within the DFG-AHRC Cooperation-framework. It will start in April 2022.