In November 2022, the five-year-long special exhibition "Apocalypse – End without End" in the Natural History Museum Bern, Switzerland, did eventually come to an end. It brought together apocalypse-related images, objects, and narratives from science and art. It was divided thematically into seven sections, ranging from factual analysis to prophecies, speculation, and undisguised delight in man's downfall. The result was a rollercoaster ride along the fault lines between nature and culture, human life and the universe. Visitors were forced to confront their own beliefs and experiences, and left reassured and disconcerted in equal measure. 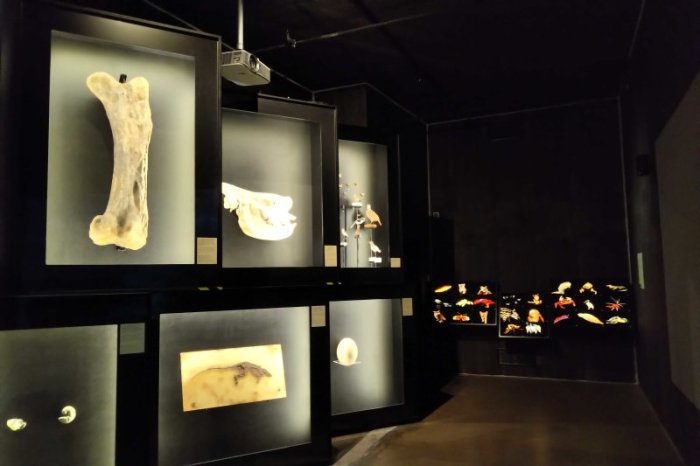 In the final days of the exhibition, we were able to visit and speak with Dora Strahm, the exhibition curator of the Natural History Museum Bern, who developed this special exhibition in collaboration with three external curators.

CAPAS: The exhibition shows various different perspectives on catastrophes, end of the world scenarios, and apocalypses. Is there one area that you associate most closely with apocalypse?

Dora Strahm: Perhaps the classic cinema space with the Hollywood-influenced apocalypse. That has to be part of the conversation about the end of the world of course. Many people first think of these apocalyptic, staged images. But maybe even more important, though much more subtle, I find it is well represented through the room "The Endangered Earth". These are the "real" apocalypses, natural disasters with unimaginable global effects, like the eruption of a super volcano, for example. Of course, there is also the term apocalypse with its biblical origins: the seven seals of the revelation, the apocalyptic horsemen – not just a “boring” volcanic eruption. This religious, Christian occidental background is already deeply ingrained in many of us and shapes us – and that certainly also applies to Hollywood.

CAPAS: What would you like visitors to take away with them when they leave the exhibition?

Dora Strahm: I would like them to take away some hope, an awareness that the future can develop in many ways. They should not be too hung up on the idea that we are inevitably heading for a singular catastrophe. It may sound strange that you should draw some hope when you visit a doomsday exhibition. But we want to show the breadth and heterogeneity of the topic and depict that people have actually always feared doom. Our intention was to make visitors question, despite all the worries about changes and threatening developments, whether this really is the end of the world.

CAPAS: The exhibition has been running for five years now, a time in which new global crises have come and gone. Has anything changed in the reactions of the audience and the public to the exhibition over this period?

Dora Strahm: In the beginning there was a lot of interest, as is usually the case when a new exhibition starts. After that, however, there was actually quite a quiet phase with only a few enquiries. But recently, there has been more interest in the exhibition again. The topic is in the air again, people are very afraid. I think we could actually extend the exhibition for another three years because of the relevance of the topic.

CAPAS: Over the time of the exhibition, do you remember any particular reactions from visitors or from outside, for example from politics or the media?

Dora Strahm: I remember a conversation with a journalist. He told me that it wasn't true that every generation had been afraid of the end of the world because "just now it really is coming, isn't it?" But then, in further conversation and in dealing with the exhibition, he changed his assessment: "Yes, actually it is true that the end of the world is very diverse, and that every generation has its own end of the world". I find it remarkable that we did not include a pandemic as a scenario when we conceived the exhibition, and three years later it became the defining theme. In our case, for example, Islamist terror was an important topic in the public at the beginning, therefore we showed a lorry in the exhibition as a reference to the terrorist attack in Nice. This recurring change in fears and the aspects on which we focus as a society is quite interesting. It keeps changing from generation to generation - or actually not even generation, more from decade to decade. 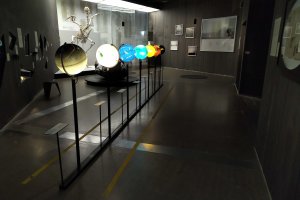 CAPAS: We are in a natural history museum here, but the exhibition also takes up social science and humanities themes, as well as artistic perspectives. What was your experience of bringing together these different perspectives and ultimately the people associated with them?

Dora Strahm: It was perhaps startling for certain circles to work together with cultural scientists in a natural science museum, and on top of that to bring art into such a museum. There had been some discussions before we started. But I had very good experiences with the actual joint work on the exhibition together with artists, cultural scientists, and natural scientists in a close team. Everyone contributed their strengths. The geoscientists, for example, were able to stick to the scientific facts; we didn't ask them to contribute any humanities aspects. And the art was the art - the artists were very free in what was shown. There were no comments like "But that's not scientific!" - it was just art standing for itself.

Dora Strahm: Basically, I think it was the right choice to have this diversity, this intricacy, this chaos. I would perhaps focus more on climate change now, but that can also be deceptive. Who knows, in two years' time something else might be more in the public eye. We deliberately didn't want to foreground any topic as "the real end of the world", so I would stick to not doing very much differently. 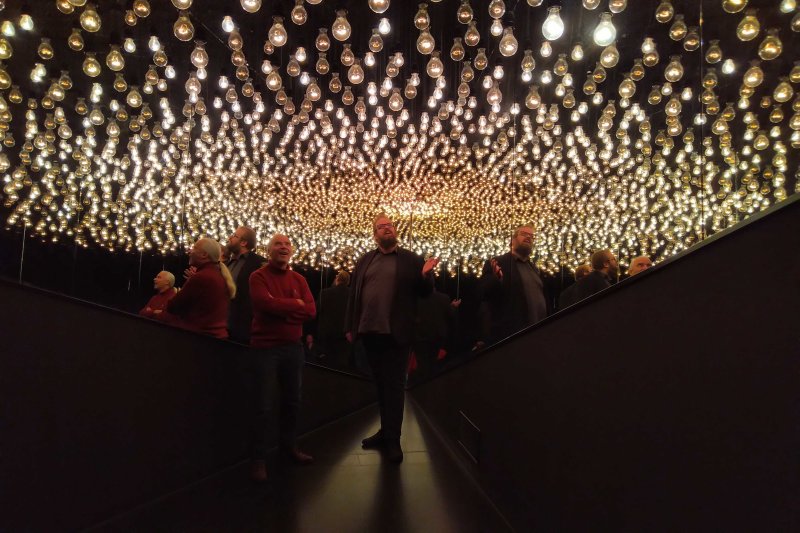